Carlsen Games brings us what would initially seem like yet another puzzle game, but ends up being something else. Something more interesting than just a puzzle game. Enter THOTH, the twin-stick shooter game that you can play either on your own or with a friend.

THOTH is simply put a reflex challenge, mimicking the challenges that you would have to go through in various puzzle levels in old arcade games. THOTH takes all of those levels, pumps the difficulty up to 11 and gives you one life to deal with four stages of the same idea before being able to continue to the next set of four stages. Each set basically has a mechanic that you need to learn and essentially deal with. Your goal is to always destroy all the floating cubes while trying not to get hit by any of them.

The twin-stick shooting part of it actually gives the player the adrenaline infusion he/she needs in order to get into the feel of the game fast. Adapting is a very key aspect of this game since you need to fail and learn through each set of stages before you can actually complete it. 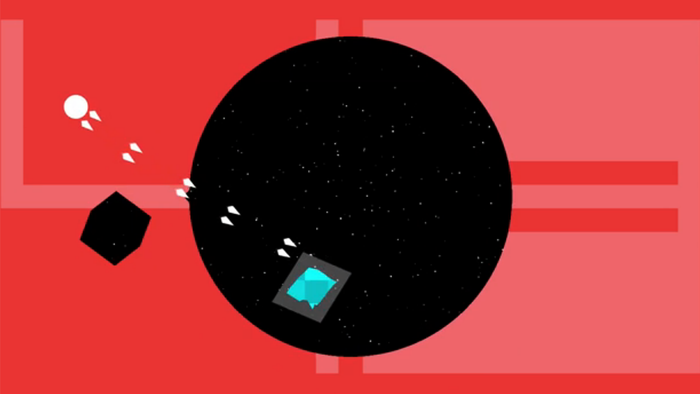 The visuals are not something that amazing and are basically just there to serve the purpose of having a game of this kind flow nicely and without too many confusing and extremely detailed images. A twin-stick shooter does need some clear visuals after all and THOTH’s graphics serve that purpose by just introducing different coloured shapes.

The music on the other hand is quite exhilarating since it fuels the adrenaline of having to fail and restart constantly. Good ambience and generally a good silence that accompanies most of levels. Other than that, the combination of audio and visuals somewhat makes us feel as if the game is for being played when in solitude in order to fully appreciate its puzzle-shooting madness.

THOTH is available on Steam.

THOTH is an arcade twin-stick shooter that disguises itself under the mask of a puzzle-looking game and eventually manages to marry the two genres nicely in order to deliver a game that will keep you hooked and interest until its very end (and probably after that with its extra randomized content).

– Way too simple when it can be so much more, both visually and gameplay-wise in its end-game.