The voxel-based sandbox genre has been done time and again in the last few years. Ever since Minecraft’s rise to glory, many game developers tried to expand upon its basic ideas and core mechanics and offer their own “flavor” of a voxel-based, sandbox, building game. From mere imitations, to FPS shooters there have been both great and not so great attempts at improving Minecraft’s formula (yes, I consider Minecraft the “father” of the said genre, and also perhaps the biggest influence over the survival genre, if not its actual progenitor).

Eco, the subject of this review, seems to me as one of the most original reiterations of the genre, combining the core cube-based building, with more realism, better (or more up to date?) aesthetics and a very cool end-game goal. Saving the planet from a meteor without destroying it in the process. You have to advance from the stone age all the way up to the age of big, bad meteor-breaking lasers.

You start off pretty small on a lush and pristine (but kinda small) planet, filled with animals and plants ready to serve your great plan of stopping the meteor. After you gather some sticks and stones (yeah, no tree punching this time) you can craft your first basic tools, which don’t last long, but allow you to collect even more resources, such as logs, dirt, sand and ores. Now, you can start thinking about building your base of operations, a word of warning though, building is much slower and requires better planning than most similar games. You can’t just build houses out of dirt, because the roof will collapse and the more advanced workbenches, required to create better tools and advance ages must be build inside a proper house made out of wood in order to function. Additionally, each workbench reserves an certain amount of space in the building and if the space requirements of two workbences overlap, they will not function. So build big and always leave some room for expansion.

As you can probably tell the game’s building system is a little complicated and leads, for better or for worse, to longer grinds for even the most basic resources, such as wood and stone. What is more, the is a limited amount of stuff you can carry and if you don’t like going back and forth, spending energy in the process, which means more eating and as such more hunting/gathering, you have to craft a cart, which you can take with you when you are gathering. These carts are essential when gathering sand or dirt because you can carry only one piece of sand or dirt at a time on your shovel, bu the carts can be filled with larger amounts of resources. Carts can only travel on level terrain though, so if you need to bring them someplace higher or lower you will need to build slopes and bridges or dig tunnels if you want to avoid going up and down the mountains every time you want to mine some gold on the other side of the map. I feel like there is no end to my struggles on this planet!

What you’ve just read might seem confusing and that’s the point, in Eco you have to consider your every move and its consequences before you decide to act on it. If you need more wood you are also going to need more food, because cutting trees, just like most activities, tires you character down and they can’t perform them anymore, unless they eat something. Oh, there is also micro-managing on what you eat, colories etc. but I don’t think it would be wise to elaborate further on it.

As you grind more and more you will gradually be able to craft tools that let you manipulate metals and create even better tools. It is at this point that your actions start affecting the environment at a greater level. Burning fuel releases harmful gasses, while leaving trash around pollutes the landscape. So, as you get more power, you also get more responsibility for the planet’s well being. You could damage the environment earlier on too, but you would need to exterminate animal species by hunting them or gathering all the plants of a specific species for them to go extinct. To my opinion these earlier threats are much easier to avoid than pollution, since pollution is passive damage, done by simply running your operations, while hunting is a deliberate action and takes some dedication to hunt down every single buffalo on the planet (the planet is not that big though).

Eco stands for Ecology. It’s a game that teaches you to calculate the long-term effects of your present actions, while providing you with the freedom to act as you see fit and face, of course, the consequences. With some great planning, patience and creativity you can build a great civilization, reach the final age and shoot down the meteor. Or you can pump out all the planet’s resources and be left with a dry wasteland with no reasons or means to defend. The default time you have to shoot down the meteor is 30 real-time days, which count down only while you are playing. There is no reason to rush as such, just take your time, enjoy the scenery, grind, grind, grind and then grind some more and build all the things!

We are not done yet! Eco also stands for Economy. This is where multiplayer is introduced to the mix. Most, if not all, of us know that it is very hard for people to get along in a confined space with shared resources for a big amount of time. Some will be greedy and will want to get everything for themselves and will ignore the environment and other player’s need. As such, some form of community administration must be formed and laws must be created to safeguard the environment and the interests of the community. People can set up stores and trade or offer contract-based jobs in multiplayer and the whole economy of each server is set and maintained by the community. I will not go to further detail about these features because the review will get too technical and tiresome. For more information on specifics about the game you can visit its gamepedia page at “//eco.gamepedia.com/Eco_Wiki”.

Eco is a game that gave me mixed feelings at times. It offered a new twist on one of my favourite games, Minecraft, prodiving more realism to the building mechanics, which both challenged me in a positive way, but also frustrated me at times, because I am not a big fan of grinding. That is not to say that the grinding element is a flaw in Eco, quite the opposite. It is one of the game’s core characteristics, because in order to build great communities and cities you must put in some great effort. Additionally, I believe that in most multiplayer scenarios grinding would be a non-issue since each person should have their own expertise and no one will be grinding wood, stone and food at the same time like I did while playing solo. Besides I believe that the way Eco is meant to be enjoyed, is with friends where everyone contributes in their own way towards the common goal of saving the world. 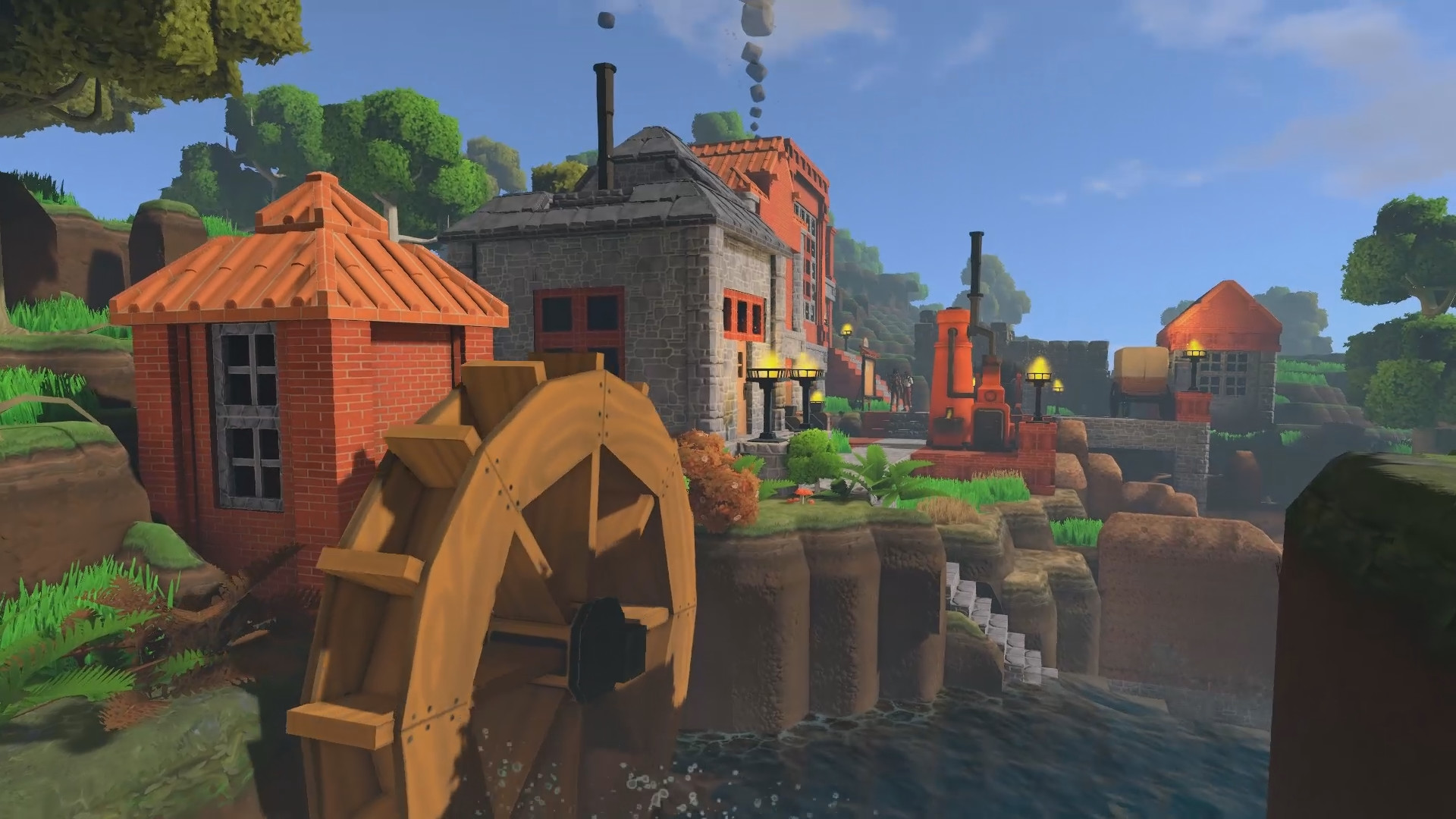 Eco also proved to be quite the relaxing experience, since there were no foes that would hunt me down or any real threats to my player character (well, apart from the huge rock orbiting the planet I inhabited). The gameplay’s peacefulness combined with the magnificent views and shaders, which created some of the best sunsets and sunrises I have ever seen in any game, never ceased to soothe me, even after a long day at work or at uni.

To summarize, Eco is one of the most unique games I have ever experienced. It almost doesn’t feel like a “game”, but more like a simulation (waiting for Eco in VR!), because some traditional elements of the survival genre are omitted or changed in a big way, such as the absence of enemies. Despite the grinding, Eco left me a very positive impression and got a place amongst my favourite games. I highly suggest this title to anyone insterested in sandbox building games and also to people interested in learning more about the environment in a more engaging manner. Be prepared, however, to spend quite some time reading the wiki and even more time experimenting. Just don’t miss the sunsets!

– Can get quite grindy

– Has a steep learning curve