Stormbound: Kingdom Wars is a tactical CCG where your cards come to life. Collect cards, build your deck, play your hand – and watch the battle unfold!

The game is made by Paladin Studios.

Stormbound was being showcased at the Indie Arena Booth during Gamescom 2017 and we had the pleasure of meeting with Stein Damen and Jens van de Water to talk about the game and the studio behind its development.

First and most importantly, it is worth noting that Stormbound won the Indie Arena Booth award for Best Mobile game. Congratulations are in order and a job well done to the team behind the game, for delivering such an awesome experience that attracted the attention of the people to win the award. 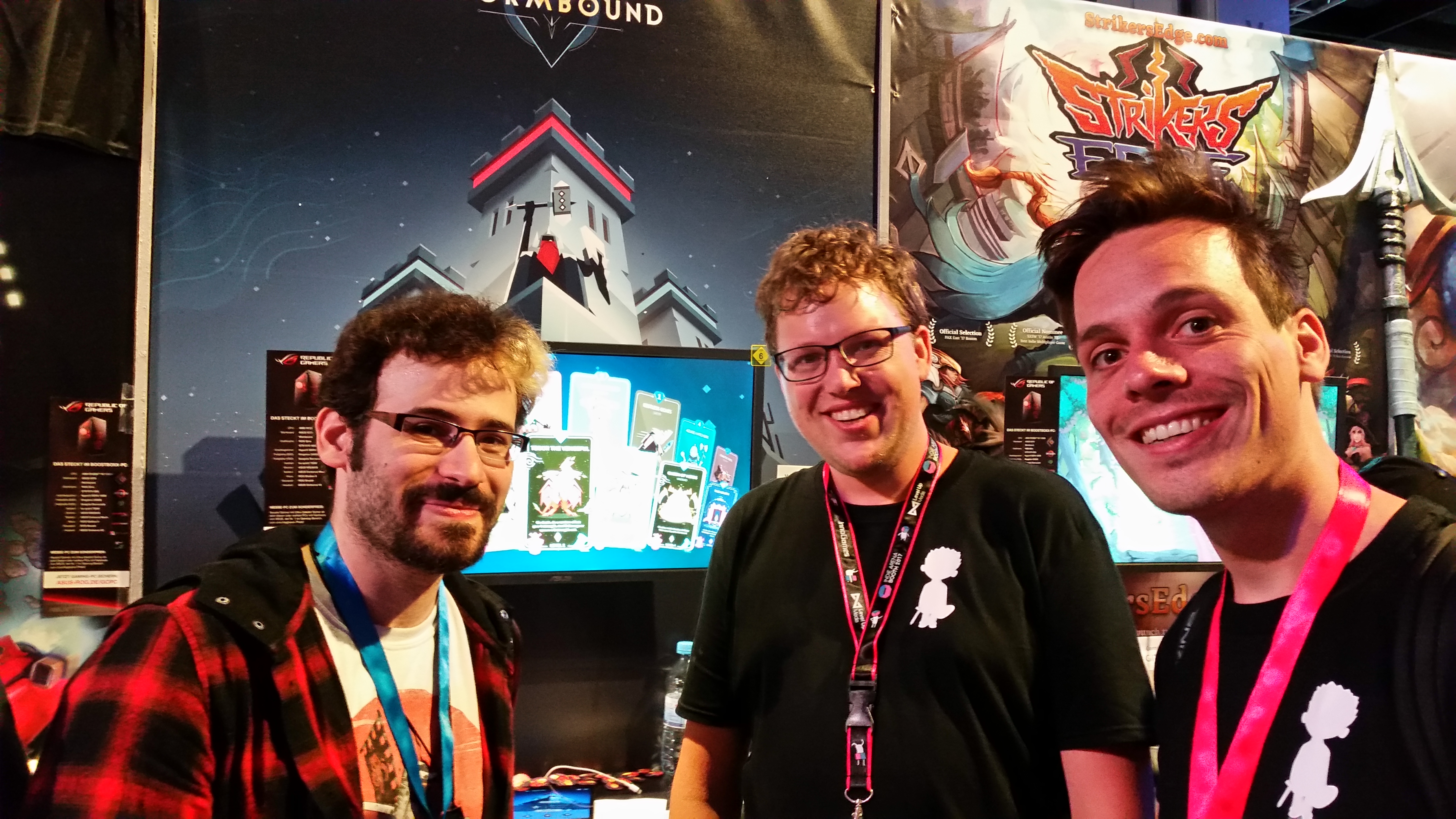 Paladin studios is a game development studio based in the Hague that is now celebrating its twelve years anniversary. It is home to forty people working there and has worked on four different project with different publishers each time. At the moment, they are working on Stormbound for which they have partnered with Kongregate who has apparently been a huge help to everything that they have been doing for it thus far. “Kongregate has been with us from the start and it is a really good partnership,” said Stein.

The idea for the game came from a game jam about two years ago and the studio has been hard at work developing the title since April of 2016. “We are planning on releasing the game sometime soon, most definitely fall of this year.”

The game is a tactical card-game with a unique art-style that allows the title to add depth to the field through its 3D graphics. It has minimum interactions and is very easy to pick up. The amount of content is also quite huge and the studio seemed to be very keen in adding more to it as times passes.

“It is very interesting to make a card game, lots of challenges to tackle and work through.” The developers explained that they wanted to make the game understandable but different, as well as fun but also challenging to play. It will indeed be an online-only kind of game and the developers commented on the fact that Kongregate allowed them to bring the game online thanks to their help. “We are always looking for new challenges, but this was something quite different. Something that we were not really used to. We are happy with the job that everyone has put into this though.”

The studio has already soft-launched the game and it is currently available on various mobile stores in beta form. There is still a bit of tweaking and balancing to be done, but other than that, the studio’s plans are filled with quite a few other things. The team will be attending the Tokyo Game Show as well in order to build up hype for the game.