As Curve Digital describes the game, Human Fall Flat is an “open-ended physics based puzzle game in which you take control of builder Bob, helping him resolve mysteries behind his recurring dreams of falling.”

What Human Fall Flat really is; one of the most fun co-op games you will ever play with your friends as you spend most of your time trying to figure out puzzles while someone is messing around with everyone else, throwing objects in the air, sticking to you and dragging you around, misplacing objects and just doing anything other than what is meant to be done. Seriously though, Human Fall Flat is probably one of the best co-op experiences I have ever had.

I will be honest with you and I will say that I never for once even thought the game had a story. I actually found out it has one when I was getting ready to write this review, so I was pleasantly surprised by it, even if it’s just a small hint of narrative. Apart from that though, the game is best played with friends rather than solo. It may be very interesting to go through it and try solving the various puzzles that are scattered in each level for you.

I have to really, strongly, suggest that you play the game with friends though, since its true colors come out then and you will most probably end up having the best multiplayer-game time of your life. It may sound as if I would use that quote for any multiplayer game I review, but this one is just different and special in so many ways. Games like Magicka allow you to go against your friends while trying to move forward and even though Human Fall Flat sort of falls under the same category, it has a much more interesting take on the whole “distract your friends” theme. 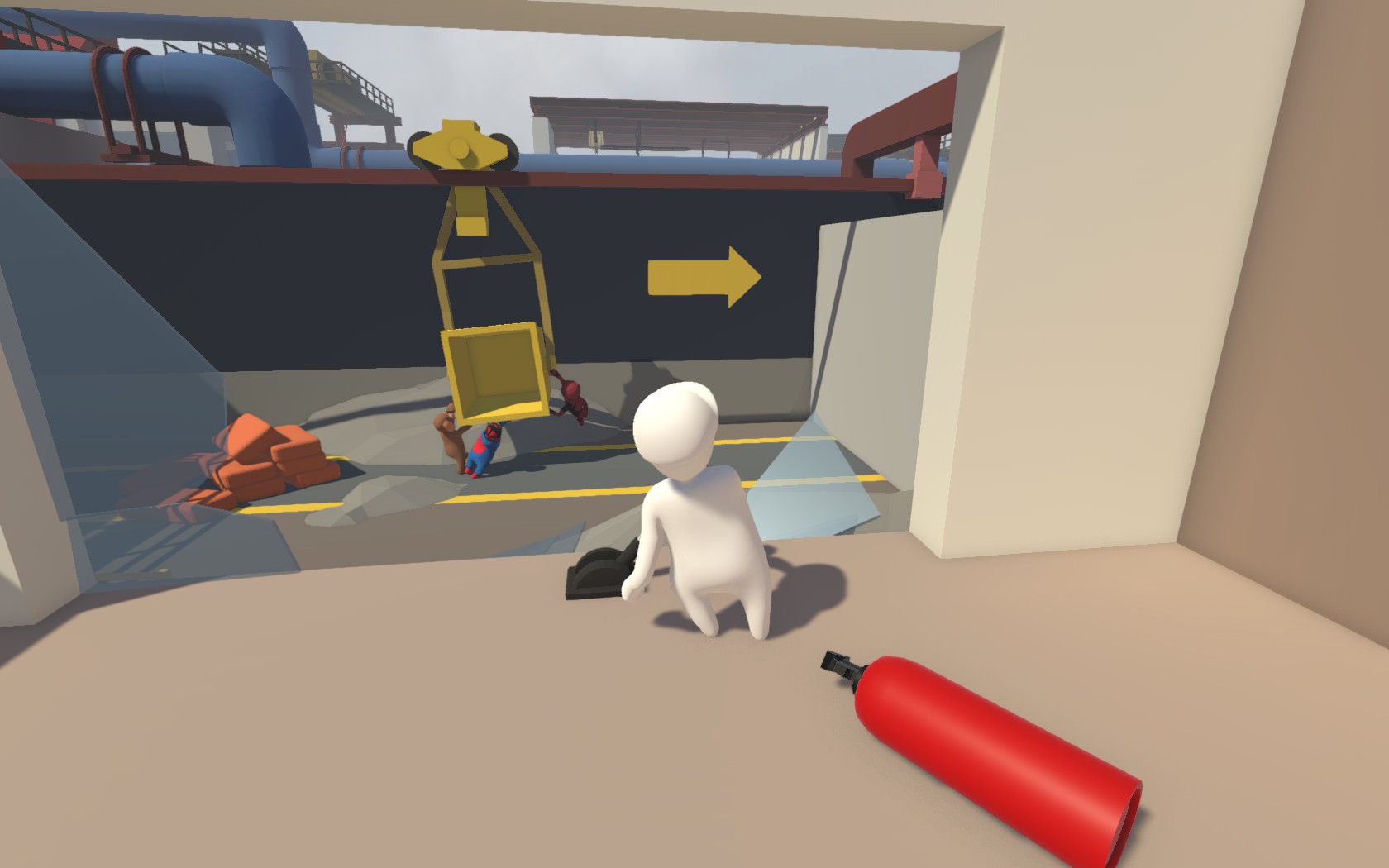 Human Fall Flat features 9 levels (with the 9th having been added just recently) full of various puzzles and a dozen silly things to interact with while you venture through each map. Each puzzle usually consists of having to move various things, pull levers and press buttons in order to get to new ground, but in many other cases, you will find yourself even driving vehicles with your friends in order to move forward.

Human Fall Flat might not be the hardest of puzzle games, but it presents challenges in such a way that you and your friends will never feel as if the game is being too repetitive or tiresome due to some trivial task you might have to complete. Sometimes, even the most menial tasks will actually seem important; until you complete them and then realize you have been wasting your time moving little rocks or something, which makes the whole experience even more hilarious. 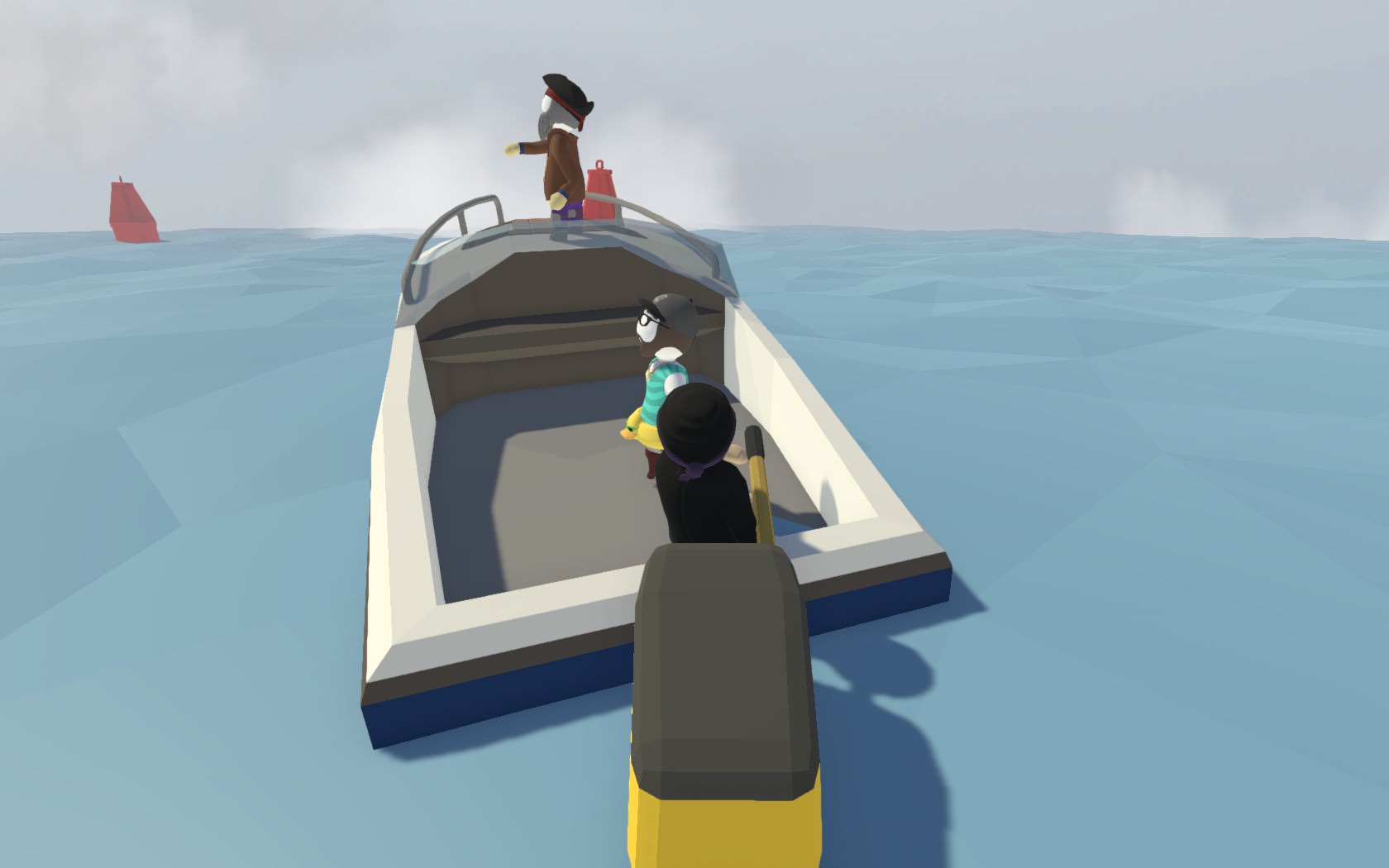 The game’s low poly graphics allow it to have some very nice views now and then, other than the fact that it generally makes it look good while you are trying to move stuff around with your friends. The music is pretty generic so there is not much to be said about it, as it only becomes memorable because you may spend one too many sessions playing the game with your friends.

The physics on top of that are just great and feel very natural, making the gameplay experience very relaxing; yes, even when you are dragging your friend down a cliff. Carrying objects around not only feels great though but also looks hilarious; turning around to see your friend flailing his arms around with a stick on his right hand is something that you will remember for a while. 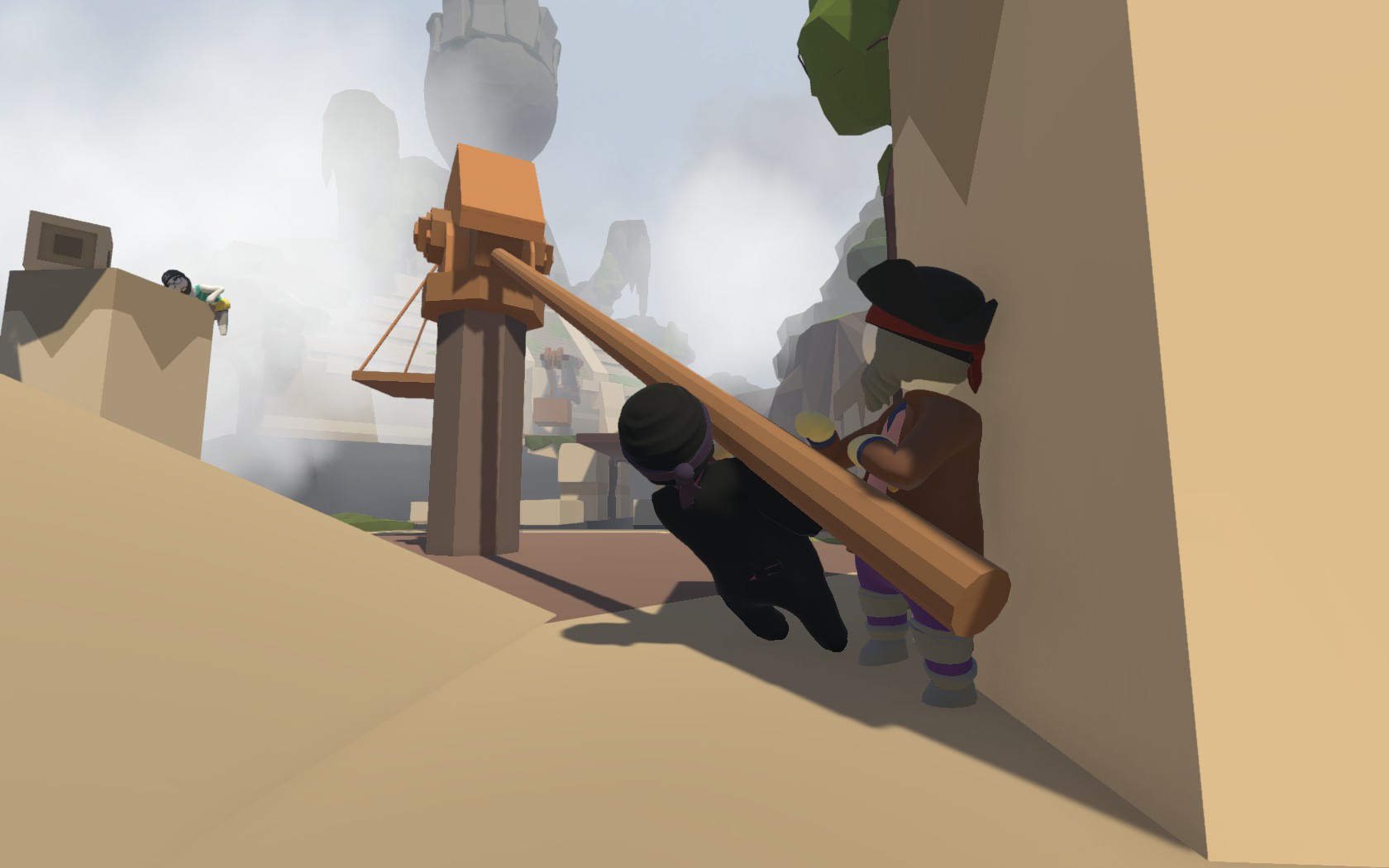 Me and my friends felt as if the levels in the game at the moment are just not enough to really enjoy the game to the fullest. It feels like the kind of game that you would even weekly (if not daily) come back to with friends to play, but alas, even though the developers are doing their best to bring out more content as fast as possible, there is just not enough in time.

We were wondering however why there is no Steam Workshop or a Level Editor since I can see hundreds of people sitting down to make amazing custom-made levels for the game. If there was one, then the game would most certainly suffer from lack of “enough” content.

The price on the game might seem too much at first, but as soon as you jump into it with a couple friends, you will very soon realize it was all worth it.

Do yourself a favor and pick this gem up. Buy your friends some copies of it too and force them to play it with you. Not only will you not regret it, but you will see your friends laugh in ways that you haven’t seen them do so before.

+ Probably the most fun multiplayer-puzzle game you will ever play

+ Interesting and fun puzzles to solve alone or with friends

– Suffers from lack of content due to rare new level updates