Don’t Starve Hamlet – The Pig City In The Sky

This week we’ve sharpened our spears and fixed our glasses with silk in preparation, for traversing the wild wastes of Don’t Starve’s newest DLC Hamlet.
But is it to be a lovely addition to Don’t Starve’s existing content?

KLei’s traditional seal of quality is present here, being released in early access more as a courtesy to inform players that balance changes might occur or minor bug fixes, rather than a warning for an incomplete experience.

The DLC costs about as much as the coffee needed to write this review and boasts far more bang for your buck so I’d recommend a buy now for fans of the series and new players alike. For those of you who want a bit more information before you drop money, let us load up on food and set off into the gloom of the jungle to pick apart just how much content is on offer for 6.99 USD. 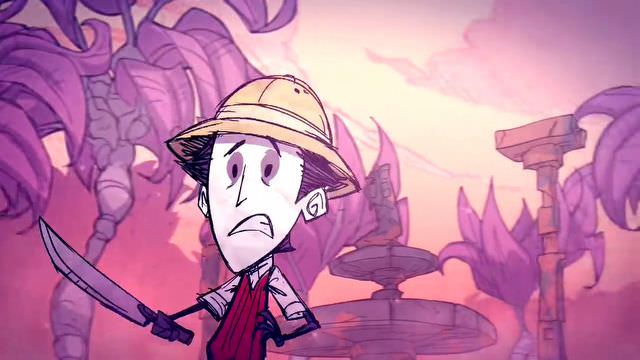 The game starts with your escape to the skies from the clutches of Don’t Starve’s inhabitable world, for a moment it seems salvation is in sight, that is until your craft is immediately struck by lightning, sending you plummeting to the depths below. After a painful crash landing you wake up in the new Hamlet biome. Now I know what you’re thinking – same old map, a few new areas, nothing to write home about. But you would be mistaken. Hamlet is an entirely different beast, packed with new experience which may range from anything as familiar as perilous jungles, to more unfamiliar Victorian pig cities.

After exploring the forests and swamps of Hamlet, dodging spider monkeys, killer plants, and poison fruits, I stumbled upon one of the various pig cities. Here, all the resources key to your survival are constantly guarded by knights in shining armor around the clock. This leaves you with two options, starve to death cleaning the streets of poop for mere pennies, or play a daring game of flight and fancy being a thief, stealing all the menacing items after dark. 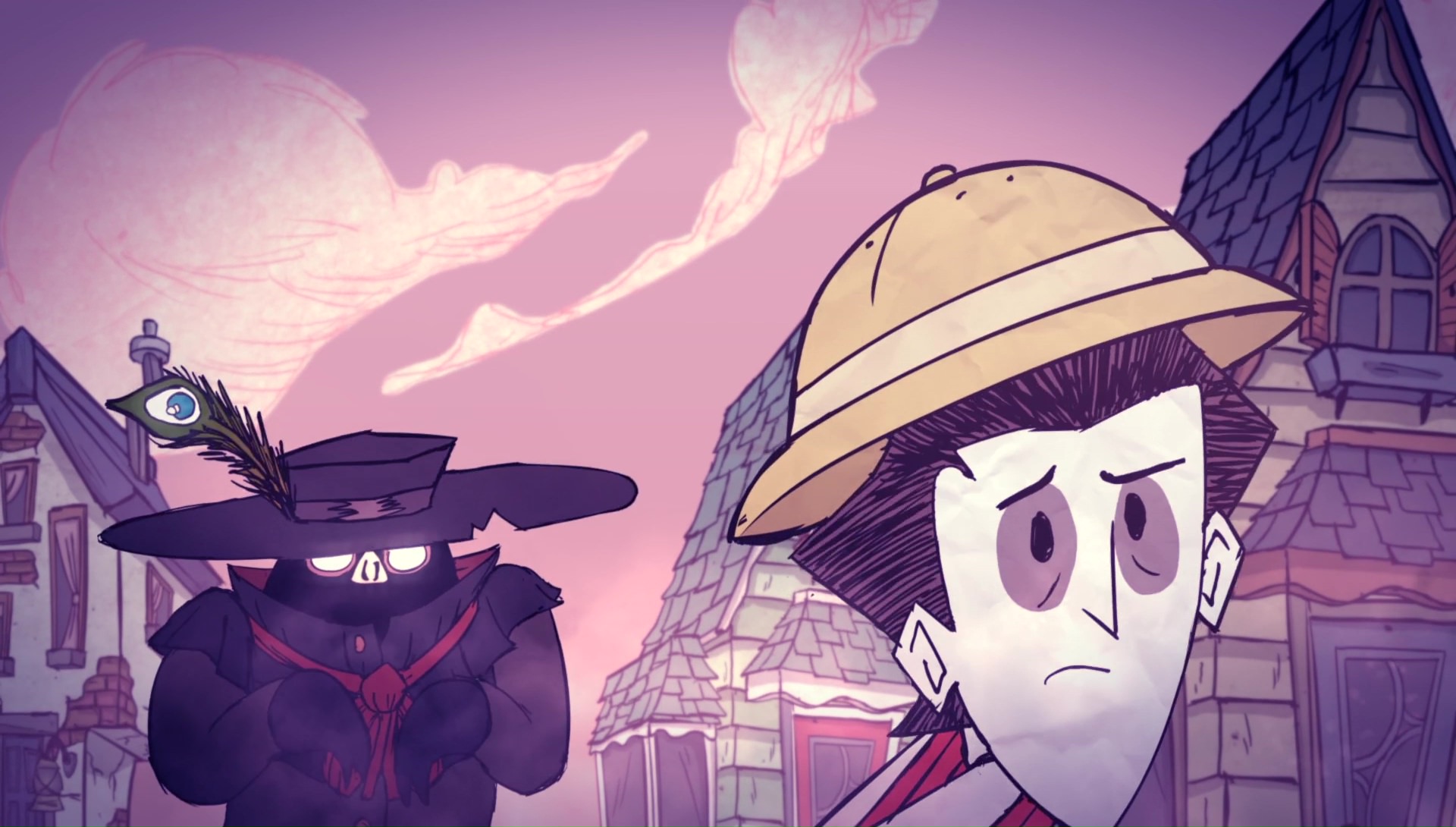 To my pleasant surprise after a few run-ins with the law, I discovered another who shared my views of kleptomania, a gentlemen pig to which I crossed blades with. This endeavor ended in a magnificent duel of legend until I was surrounded and caught by the vicious pig knights!
Or more likely I ran like a little girl and bumped into all the knights I had stolen pies from…

For those of you who have always wanted a more glorious end game goal, rather than just hording like a stray cat until you’re bored, Hamlet now allows you to own an estate. The game sports a boarded-up house in town, which can be purchased and then refurbished to your liking, with trophy racks and wonderous alchemical devices, there is plenty here to create your own space.

Or perhaps you’d rather branch out on your own? Outside of the new cities you can establish a town; pouring money into the development and then collecting taxi’s like a king after it’s completed, that is until its overrun by a ramping Pugalisk. 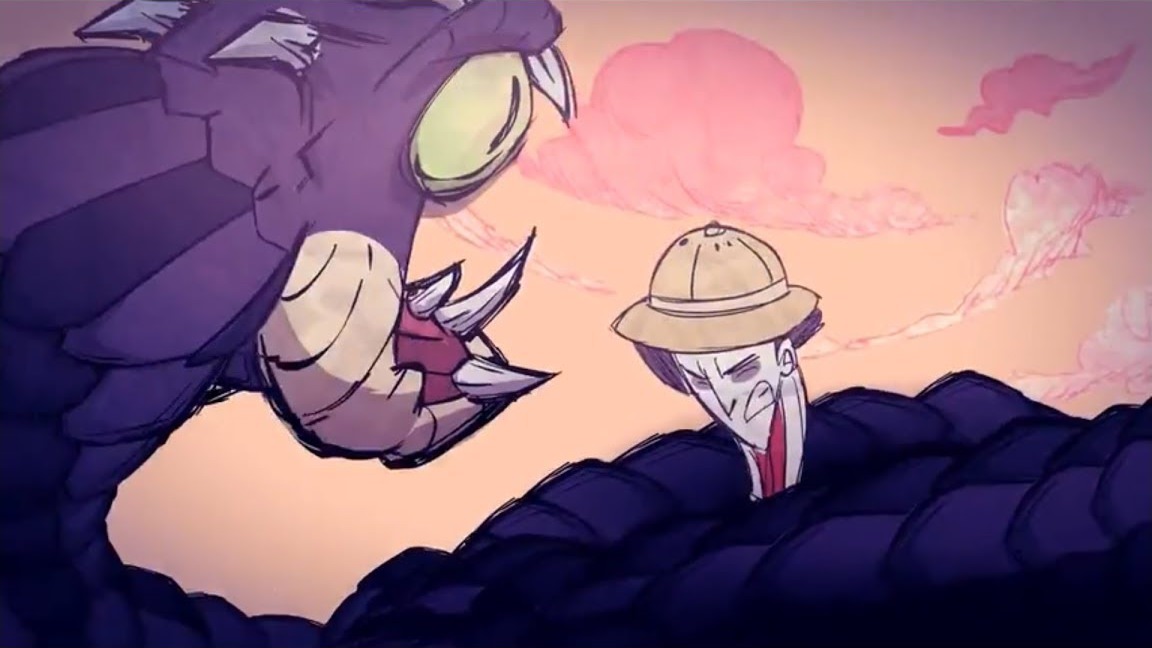 There are also some new additions to the character roster in the form of Wilba and Warbucks, you can imagine these are both good for the DLC specifically and rather neutral characters outside of it. Wilba is great for players who want a leg up in the early game, with her ability to take whatever she wants from the Piggly citizens without upsetting guards due to being royalty. This becomes quite useful, but keep in mind her low sanity and fear of the dark, means that nightmare creature prevention requires constant attention, which can be handy for players but it’s not without its pitfalls.

Warbucks on the other hand sports that of an Indiana jones theme, being an expert with a hammer and magnifies glass, designed for all your rare relic uncovering needs. He also has a large amount of sanity, regenerating it with speed while carrying money this makes him much more suited to fighting creatures through the wilderness without fear of the sanity fracturing effects. 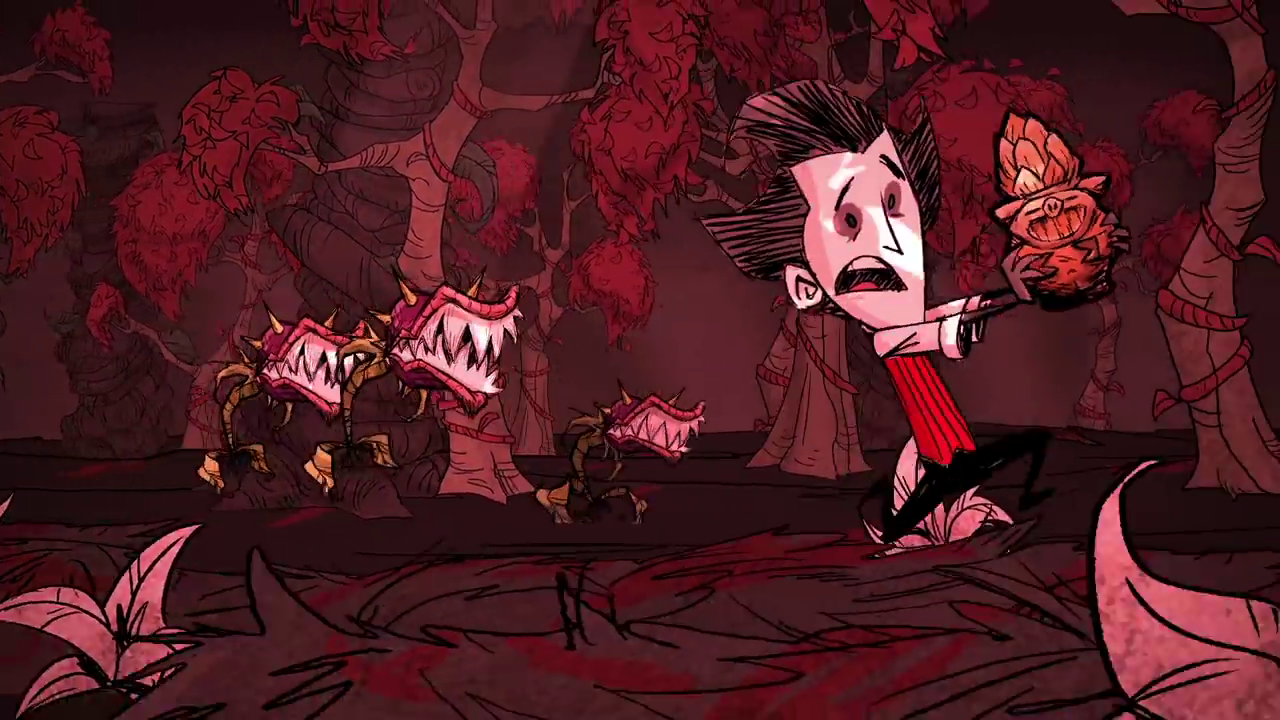 No matter how bad I find myself to be at Don’t Starve Hamlet, it’s charming in all the right ways and keeps me invested. KLei once again has not disappointed and I’m sure the community will be creating new and mind-bending horrors to complement their masterpiece in the future.
I for one can’t wait.

Don’t starve hamlet is available on steam for 6.99 USD or your regional equivalent
Thanks goes to KLei Entertainment for providing us with a review copy.

+ Creative New world to explore and perish in

+ New Ways to play the game you love