Aurion: Legacy of the Kori-Odan Review

Video games, especially of the indie variety, are a great way to promote culture and showcase different ways of thought than ours. One recent example is Aurion: Legacy of the Kori-Odan, made by Kir’O games and published by Playdius.

Aurion: Legacy of the Kori-Odan is a game deeply rooted in African myths and legends, as well as the general way of life of the continent. We play as Enzo Kori-Odan, whose family has held the throne of Zama for centuries. During his coronation as king and marriage to his wife Erine, his brother in law orchestrates a coup, exiling both Enzo and Erine, who must now wander the continent in search of allies and answers to get the throne back.

Aurion is a 2D game, but not really. What I mean by that is that during the exploration phase Enzo can also move up and down an area, opening up a much larger space to move in. While fighting however, the game turns into 2D, only letting you move right or left. During the exploration phase, Enzo can talk to people, purchase items and acquire resources and on the fighting phase, Enzo can do all the things you would expect him to: He can jump, parry, attack and dodge. What makes the fighting interesting however is Enzo’s Aurionic powers. 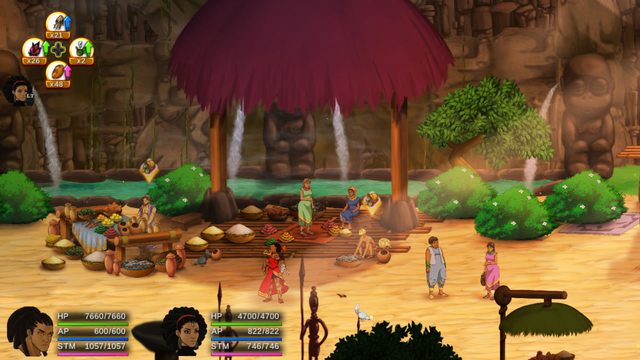 The Aurionic powers are apparently an ancient force on the planet. They can be used for many things, such as crafting, but their main use in the game is in combat. Basically, Enzo can toggle his Aurionical powers on and off during battle, provided he fulfills some requirements. By doing that, he can gain some very crucial bonuses. With 21 different Aurionical transformations, a whole new level of combat can be mastered.

Apart from the combat, another fantastic aspect of the game is its whole presentation. The way the game draws so much from Africa and its myths makes the game truly stand out visually. The way the characters are dressed makes you want to look at each and every one of them, while the terrain around you certainly draws the eye. On top of that, the game’s music is also exactly what you would expect from such game, in a very good way. Finally, the story. Apart from the fact that the main story is very well done with some great twists, what really made the game for me was what was in the background. Every random NPC you meet talks about these myths and legends about the world, as well as random things that happen in their day to day life. This all makes the game’s world feel alive and full of knowledge and secrets, which I absolutely love.

The only thing that prevented me from enjoying the game even more is its controls. Nowhere on the game itself or on its Steam page does it say that I should play it with a controller, yet the game only provides tutorial tips with controller buttons. This means that I had to spend a long time checking my keyboard bindings in the settings/options to remember how I can trigger my abilities. On top of that, for some reason the game was set so if I wanted to move up or down I had to press Q and Z respectively. 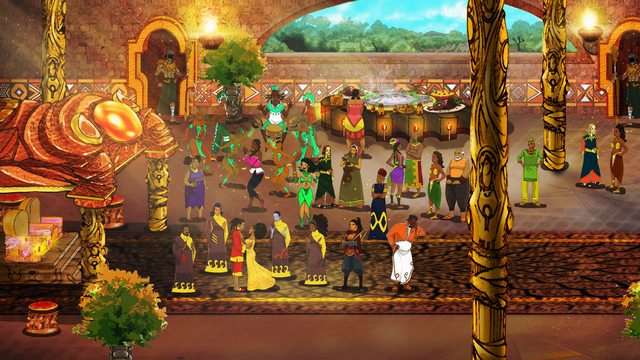 Another small issue I had was the game’s writing. As I mentioned above, the overall story is great. What really took me out of that a few times though was some of the dialogues. They seemed to be wooden and childish and not at all how the character that was talking should be speaking at that time. Generally, there were a few moments in the game where, thanks to some characters and their childishness, what should have been a serious moment lost some of its clout.

Still, even with those issues, Aurion: Legacy of the Kori-Odan remains a game worth playing. The chance it offers you to enjoy a different kind of game, one focused on myths and legends that you don’t really know, is not one that should be missed. On top of that, the game is also fun to play, especially its combat which features you jumping and running like a madman. Even if you don’t want to play it right now, I’d certainly recommend keeping it in your wishlist.

You can get Aurion: Legacy of the Kori-Odan on Steam for 15 euro.

Aurion: Legacy of the Kori-Odan features a story drenched in African lore as well as hectic, fast paced combat. Sadly, these aspects can get overshadowed by the game’s control and writing sometimes. Still, it remains a game that you should have your eye on, thanks to a large part to its setting, which is an unexplored gem for gaming.