A Sneak Peak into the world of Forager

This week we managed to get our hands on Forager’s Beta and after spending several hours mining, fighting and berry picking, we thought it was time to share our feedback with you.

A cute little game made by HopFrog; Forager’s main objective so far is to explore the wilderness, farming resources to level up your skills and then buy more provinces to expand the map. Discovering monsters, challenges and bio domes along the way as you expand.

When you first start, you’re dropped onto a small island with nothing but a small pickaxe, and where from here? You’re tasked with utilizing the resources of the land around you, turning the mined ore into currency, which then in turn opens up new parts of the world to explore. Each new map portion brings a surprise to you, the player, which may range from anything between locked chests, to… adorable friendly vegetables?

Discovery is assuredly the strongest aspect of this game.

I was always excited to expand into a different location, however players will have to be patient as the game also sports a grind and progression system where you level your character through mining resources. This allows you to complete certain upgrades, such as better crops which aid in energy regeneration, or better smelting for more gold, which then unlocks new islands. It can definitely feel slow at first, but once you get some resources together and a have a good system going, the game becomes fun again. The grinding system is still there, just less noticeable.

The art direction of the game is also quite charming, with little almost pixel like animations. It’s a nice visual experience to behold. Unfortunately, this is offset by a repetitive soundtrack. There are only two tracks to give this delightful world ambiance; a safe day cycle, and a horror driven night cycle. This is honestly a disappointment. You’ll hear from anyone that one of the most overlooked aspects of game development is sound design and this is a prime example. For a game like Forager, a well composed sound track is crucial to overlook issues like resource grinding. In Forager’s case, the lackluster soundtrack only seems to make it even more of a chore.

For those interested in trying Forager out for themselves, humble bundle is currently offering access to their Direct download beta edition. All you need to do is purchase the monthly subscription pack in the link provided below. 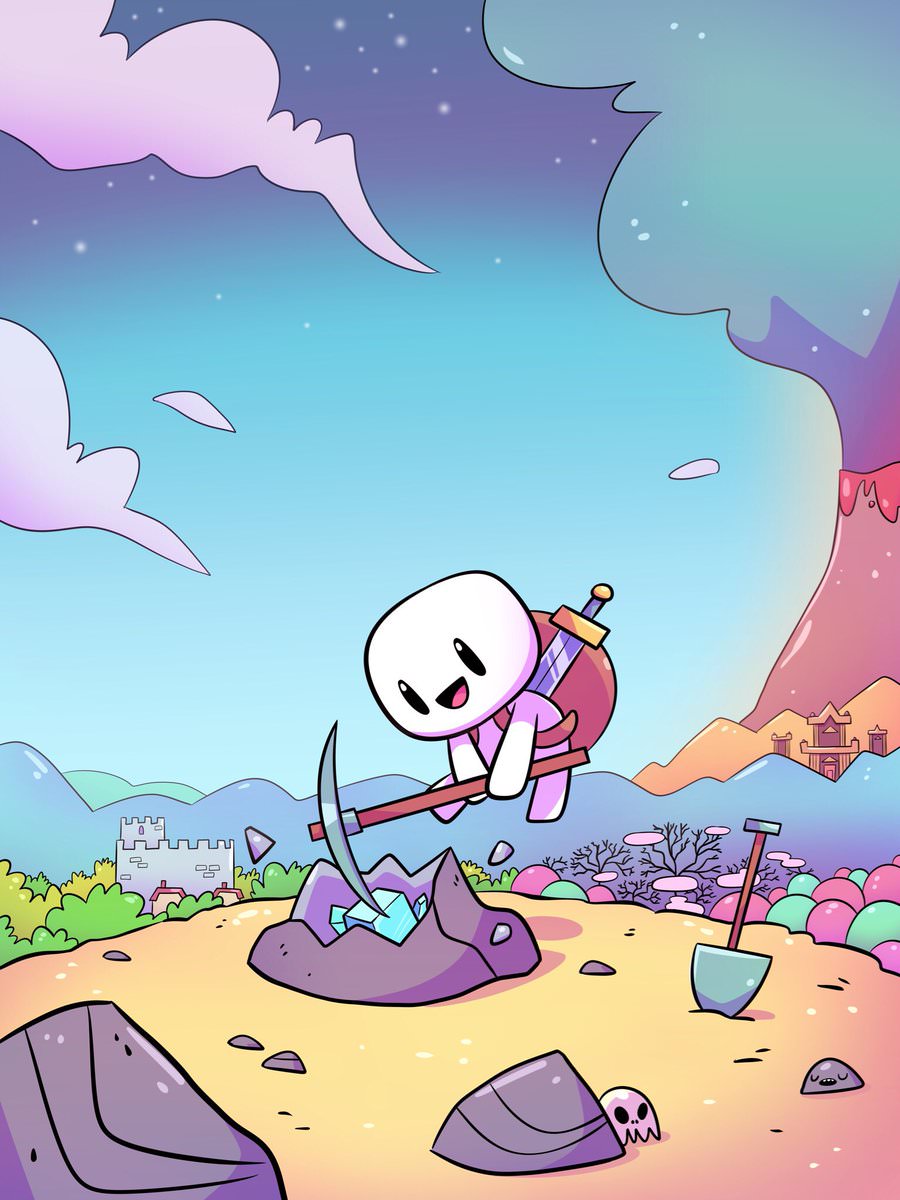 Forager manages to be a charming experience even though it is quite clear that improvements need to be made to complete the experience and sand down those sharp edges for the final product. The game is still in its beta testing phase though so we are eager to see what it will become once it fully launches. Beta access is currently $12 USD or your regional equivalent, bundled with humble bundles monthly game subscription.